Walker Bay Boat and Ski-boat club in Hermanus is dedicated to safe, sustainable and enjoyable boating and fishing, providing a base for social events attended by it’s boating and non-boating members. 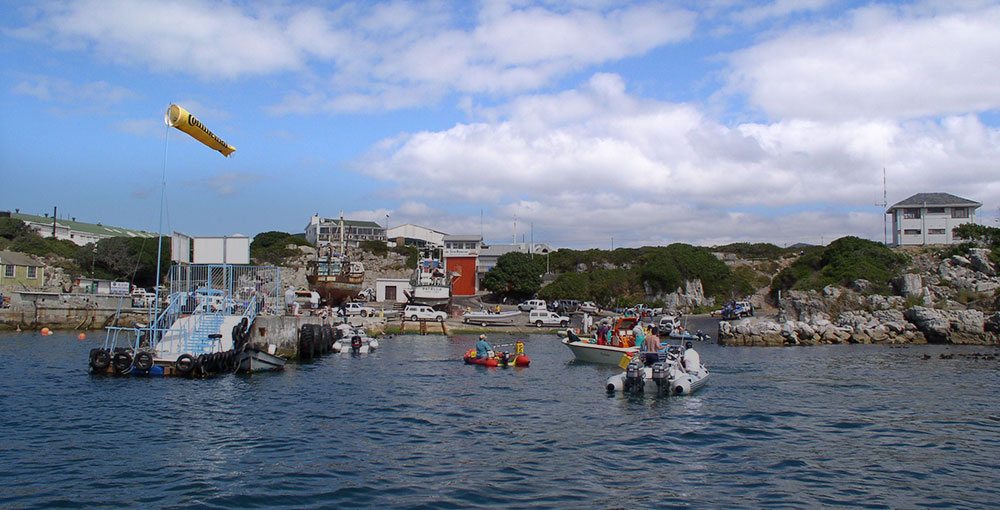 Walker Bay Boat and Ski-boat Club was started in 1993 under the leadership of Dougie Green and Barry Densham, with Eugene Le Roux as Treasurer. The land which the club stands on at this present day was leased in 1994 and the first club AGM was held in the completed clubhouse in 1997.

In 2000 the enclosed deck was added to the clubhouse by the club members with Jem Sechiari, and  Ed Lucas prominent in the work. The north/south alignment of the screws in the deck floor are tribute to their perfectionism.

In 2014 the club celebrated its 21st birthday attended by Dougie Green who had since retired to Somerset West.

In 2016 the club renewed its lease for the site with the Department of Public Works for a further 5 years. The clubhouse has been refurnished and has a secure and covered boatyard, close to the the slipway for members boats (there is a waiting list for places).

The club caters for social members as well as boat owners and fishing enthusiasts. It is based in the New Harbour and welcomes those with an interest in the environment or the fishing history of Hermanus.

Club evenings are held every Friday and a club fishing competition is held on the second Saturday of every month. The club house is fully equipped with multimedia display equipment and offers free WiFi  to members.